A quick view of the most influential metrics in Sacramento.

Sacramento is a star on the map as the capital city of our golden state. The city is at the confluence of the Sacramento River and the American River, in the northern portion of the expansive Central Valley. Sacramento is the sixth-largest city in California, and the 35th largest city in the United States. Sacramento is the cultural and economic core of the area, which includes seven counties and a population of approximately 2.5 million residents. The Sacramento area is the fourth largest in California after the Greater Los Angeles area, the San Francisco Bay Area, and the San Diego area, and is the 27th largest in the United States.

Sacramento became a city through the efforts of the Swiss immigrant John Sutter, Sr., his son John Augustus Sutter, Jr., and James W. Marshall. Sacramento grew quickly thanks to the protection of Sutter’s Fort, which was established by Sutter in 1839. During the California Gold Rush, Sacramento was a major distribution point, a commercial and agricultural center, and a terminus for wagon trains, stagecoaches, riverboats, the telegraph, the Pony Express, and the First Transcontinental Railroad.

The city was named after the Sacramento River, which forms its western border. The river was named by Spanish cavalry officer Gabriel Moraga for the Santísimo Sacramento (Blessed Sacrament), referring to the Catholic Eucharist.

View our selection of available properties in the Sacramento area.

Check out the latest demographic information available for Sacramento.

Get to know Sacramento better with our featured images and videos. 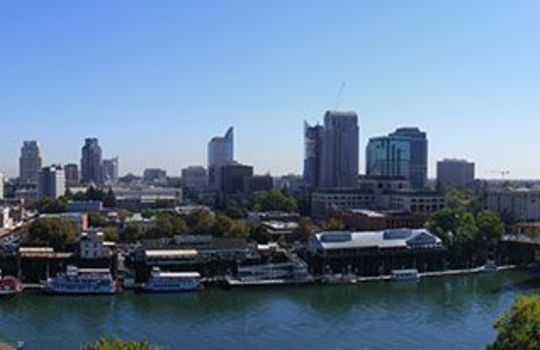 Learn more about schools near Sacramento complete with ratings and contact information.

The Best in Sacramento

Browse through the top rated businesses in the most popular categories Sacramento has to offer.